• Democrat Joe Biden wins the Presidential Preference Poll with 55%, beating Trump with 39%.
• Republican Kim Thatcher wins the Secretary of State with 36%, beating Ken Smith with 34%.
• Independent Chris Henry wins the State Treasurers race with 44%, beating Jeff Gudman with 40%.
• In three races, three different parties won. Democrat for President, Republican for Secretary of State and Independent for State Treasurer. These swing voters did not vote a party line.
• Based on voters top scored candidates, if this were Choose-One-Only voting the presidential preference poll would likely have resulted in vote splitting between the Biden and Sanders voters. With STAR Voting the majority was able to show that they preferred either Democrat over Donald Trump.
• 71% of voters used values other than 0 and 5.
• 61.9% of voters gave scores to multiple candidates. 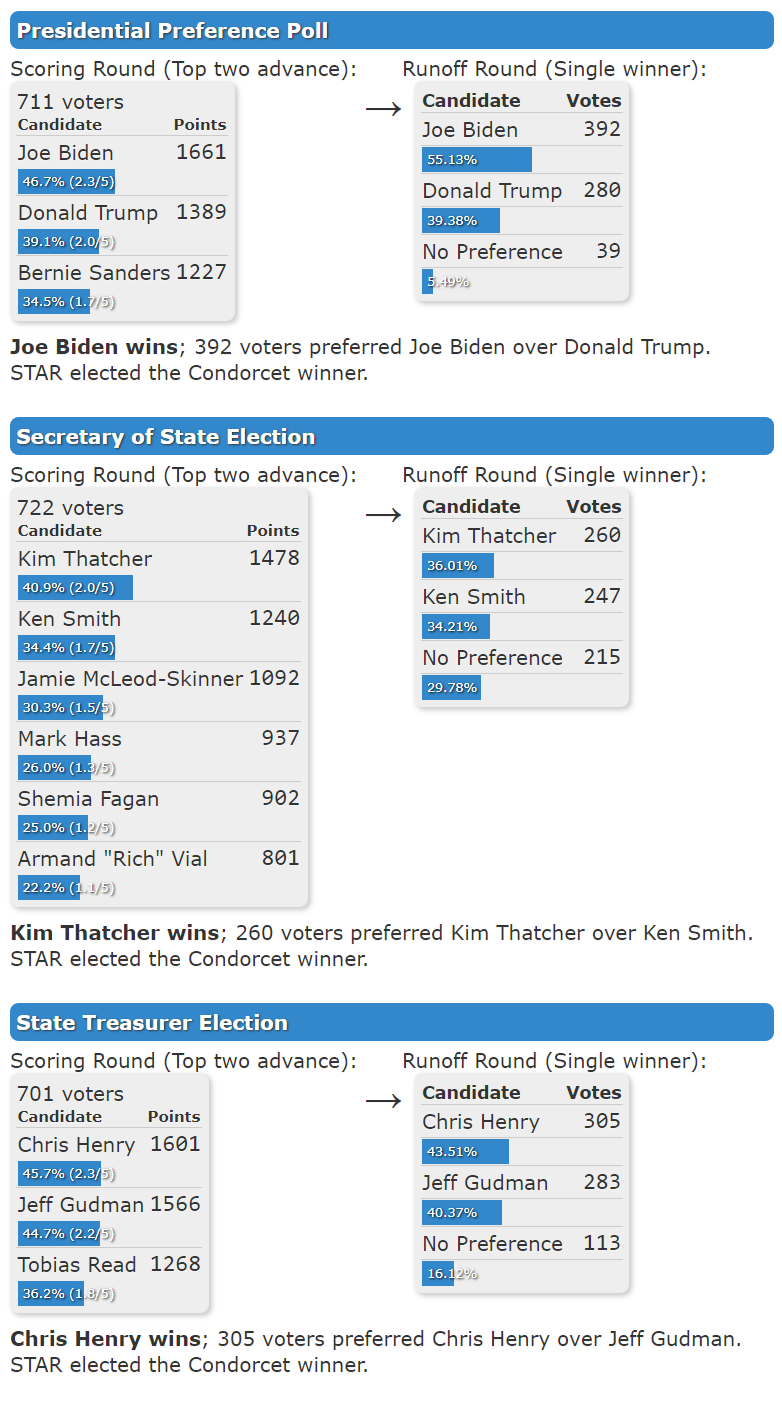