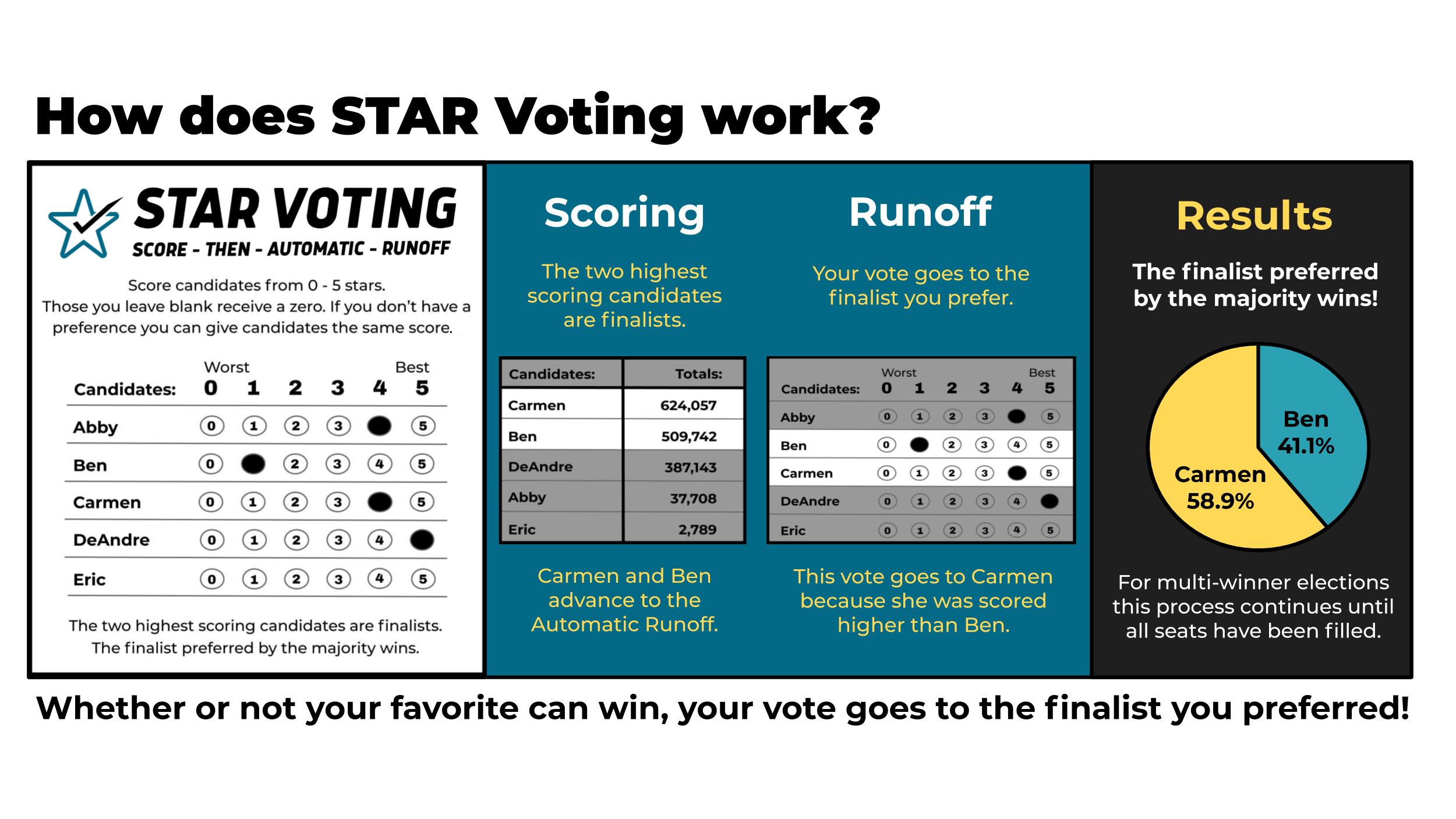 STAR Voting can be used for single-winner, multi-winner, or proportional representation elections.

Depending on the number of winners in a given election and the type of representation you are looking for there are three main types of STAR Voting which can be selected for electing leadership.

All three types of STAR Voting use the same familiar 5 star ballot, and all three incentivize the same honest and expressive voting behavior. Each type has it's unique pros and cons, so measure the options carefully and consider what features are a priority and which can be compromised on.

What type of STAR Voting is right for each election?

Single-winner STAR: For single-winner district elections, some councils, legislatures, and for executive offices like mayors, governors, and presidential elections.

Multi-winner Bloc STAR: For multi-winner elections where the goal is to elect majority preferred winners with the strongest popular support.

Proportional STAR: For multi-winner elections where the goal is to elect a diverse body. Proportional representation ensures that factions are represented proportionate to the voters supporting each.