STAR Voting can be adopted with or without a primary

With STAR Voting, in many cases we could skip low-turnout primaries and just vote once in November.

Unlike traditional elections, STAR Voting is highly accurate with any number of candidates in the race. This is because STAR Voting eliminates vote-splitting and the spoiler effect, allowing voters to support all the candidates they like while showing their preference order between them.

Skipping the primary would save taxpayers money, would save voters time, and the shorter campaign season would make it more affordable and accessible for grassroots candidates to run for office, in turn combatting the influence of money in politics.

For situations where a primary is needed, such as partisan primaries or the presidential primary, STAR Voting can be used for either or both elections. A top five non-partisan Unified Primary is another option which is a great choice for highly competitive jurisdictions. 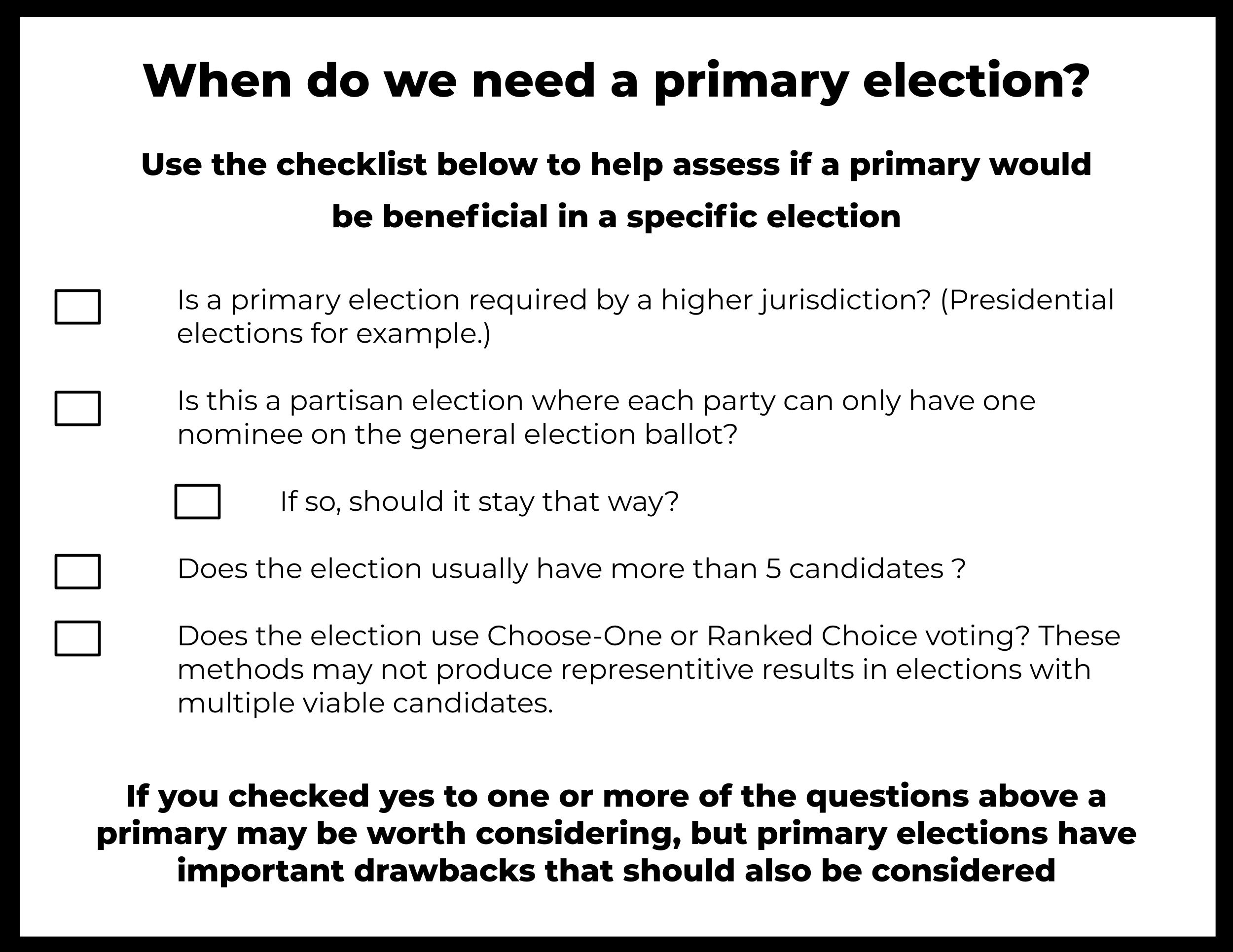 On Voting Methods and Larger Fields of Candidates: 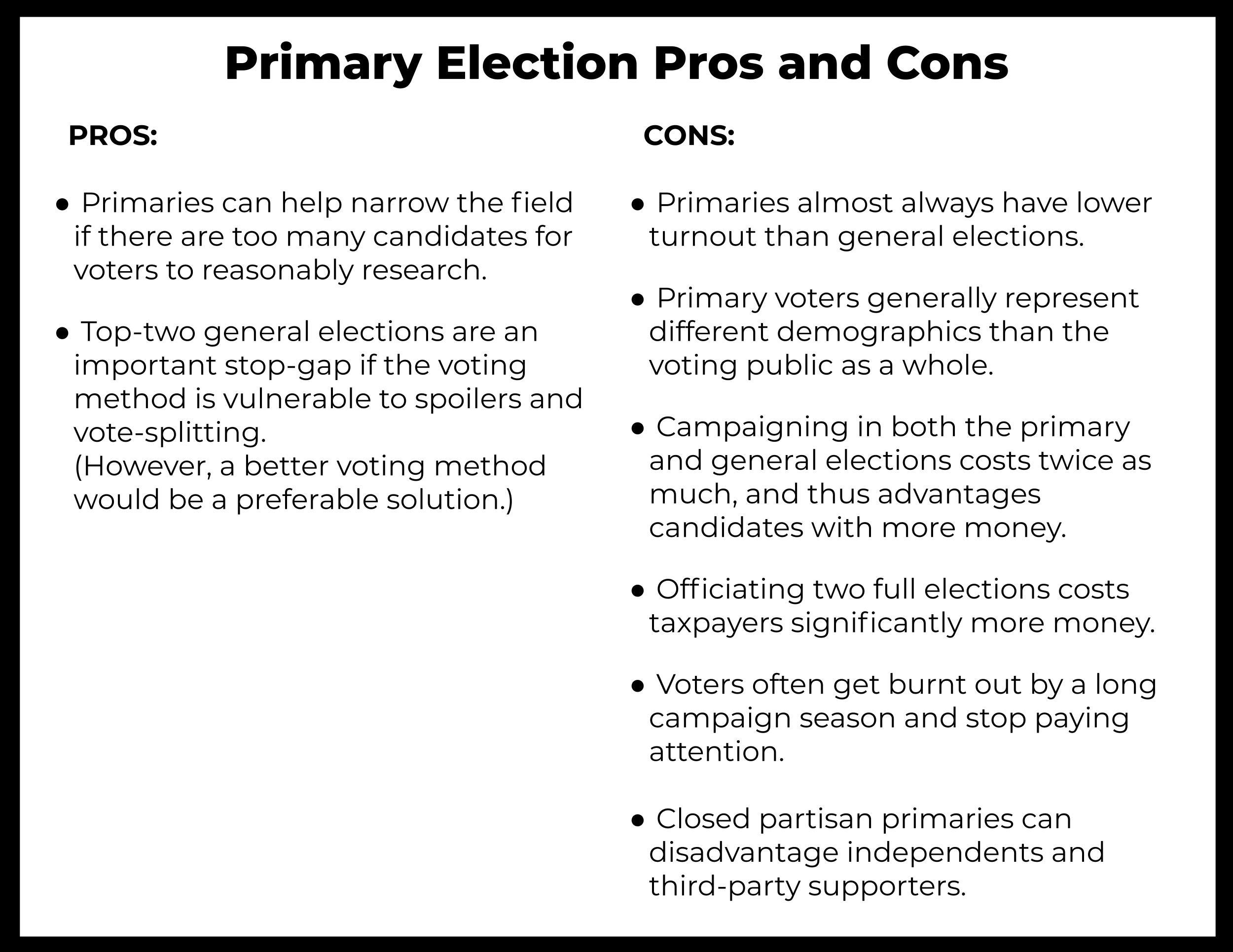 Ultimately, the decision on whether a primary is right for a given election is nuanced, and there is no 'one size fits all' solution. It's important to remember that choosing the voting method itself and choosing whether or not to have a primary are two separate decisions, and each should be carefully weighed.

How would a STAR Voting primary work?

Each political party conducts a STAR Voting primary election. The winner of the primary for each party advances to the general election, where the electorate as a whole votes again, also using STAR Voting.

Note that each party has the right to determine if they want to allow non-affiliated voters to participate in their primary or not.

All candidates, regardless of party affiliation, run in one single primary election using STAR Voting. The top five candidates advance to a STAR Voting general election. As local laws permit, candidates may list their political affiliations after their names. Endorsements, including party endorsements, if applicable, are listed in the official Voter's Guide, along with candidate bios and statements.

Variation: The top two candidates from the STAR Voting primary advance to a Choose-One plurality primary. This may be a good choice in states like Washington where a top-two general election is mandated statewide and where a stepping-stone reform might be the best option on the table. 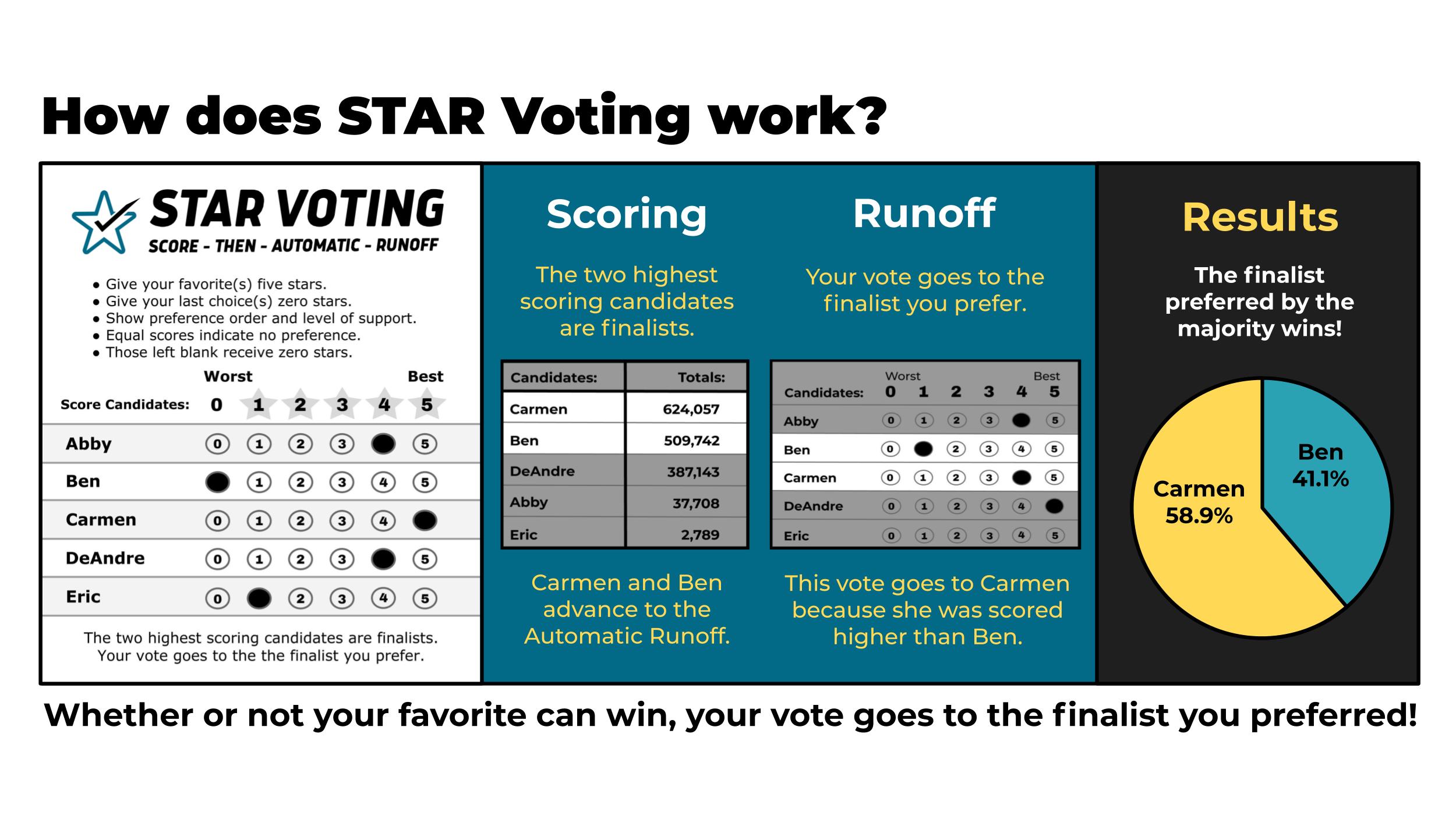