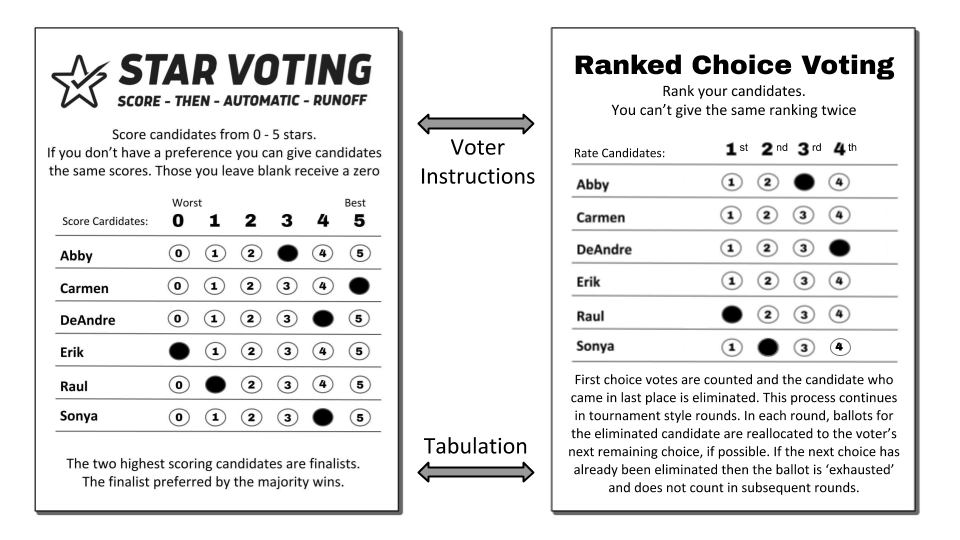 Our current voting method, Plurality or First-Past-The-Post, is only fair and accurate if there are two candidates in the race. We can do better! But what’s the best alternative? Here we present the pros and cons of four options in detail. They are not necessarily the best four options, but they are the leading voting methods under consideration for updating our elections. 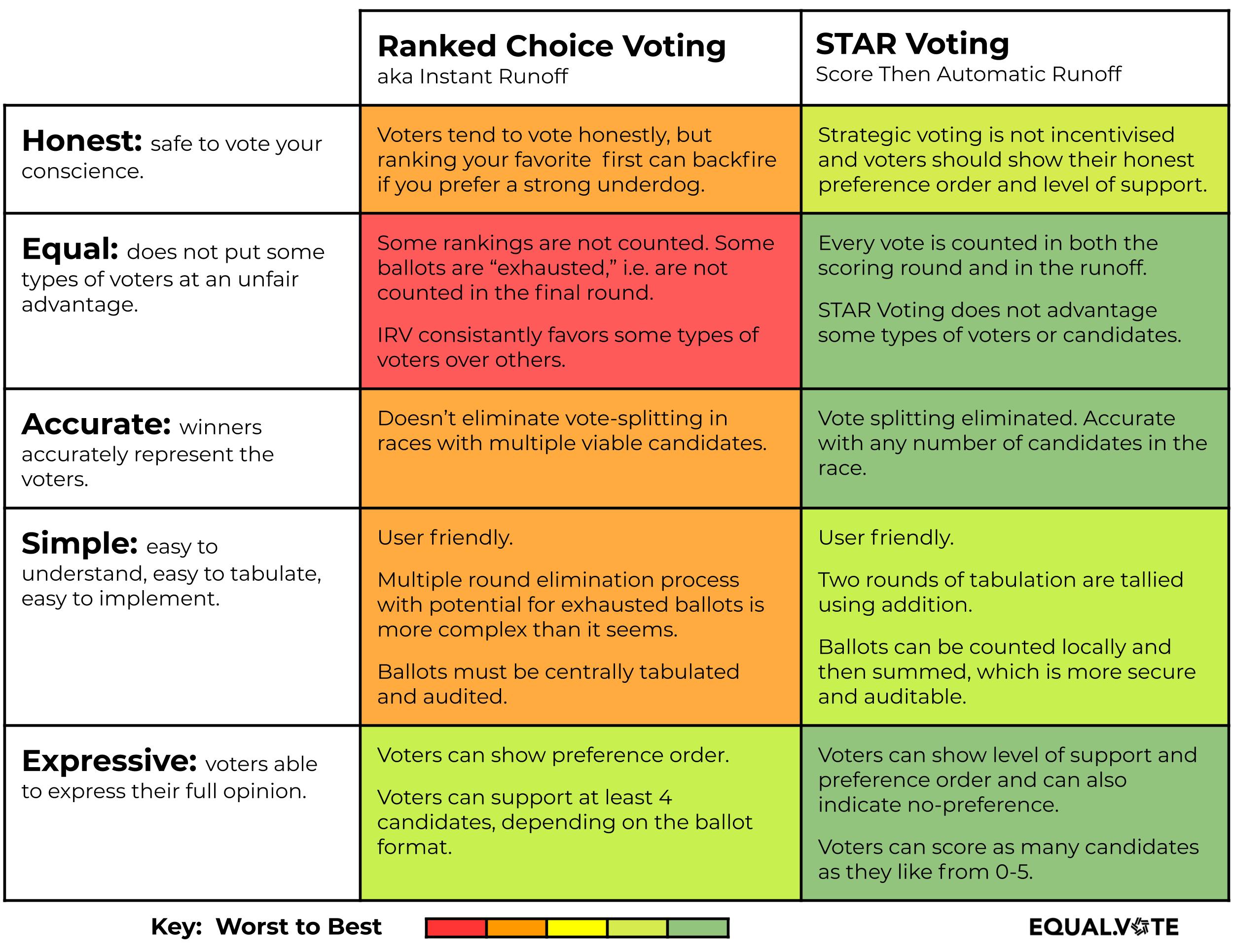 THE OPTIONS: 3 VOTING METHODS UNDER CONSIDERATION

Our Current 'Choose One' Voting Method,  formally known as Plurality or First Past The Post, is used in the vast majority of the USA and many places around the world. Each person votes for one candidate only. The candidate with the most votes wins. (Factors like the electoral college complicate the process but you get the idea.)

STAR Voting is a modern voting method where voters use a 5 star ballot, giving candidates a score from 0-5 to show their preferences. Candidates left blank receive a zero. Voters can give the same score to multiple candidates if they have no preference between them. The two highest scoring candidates are finalists. The finalist preferred by more voters wins.

Ranked Choice Voting (RCV): Invented 150 years ago, Instant Runoff Voting is the most commonly used method for counting Ranked Choice (RCV) style ballots*. Voters rank candidates on the ballot in order of preference: 1st, 2nd, 3rd, 4th, or more depending on logistical factors. If a candidate has a majority of first choice votes, that candidate wins. Otherwise, the candidate with the fewest first choice votes is eliminated. If your first choice is eliminated, your vote goes to your next choice- if they haven’t been eliminated yet- and the process repeats in rounds until one candidate has a majority of the remaining ballots.