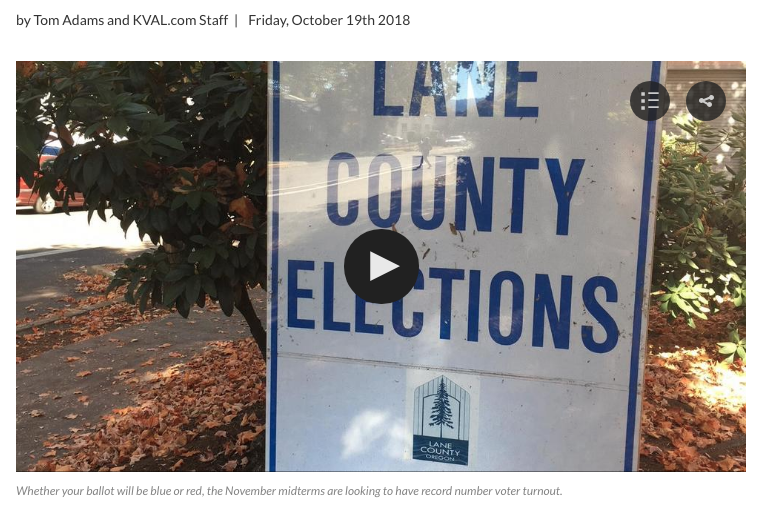 Click images to watch or to read on original site.

LANE COUNTY, Ore. - Some election reformers in Lane County have a new idea, and want to see this fall if we're ready for change.
It's called the "STAR" voting system.
Chief petitioners, Mark Frohnmayer and Alan Zundel think enough voters in Lane County are frustrated enough with the election status-quo to try something new.
STAR is an acronym that stands for score then automatic runoff. 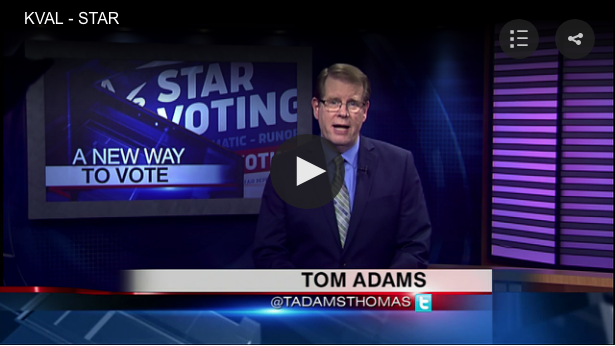 Frohnmayer adds STAR voting would let people vote the old-way if they want. You'd assign a "5" to the candidate of your choice, leave the others blank and move on.